This is What Most People Get Wrong About Willpower 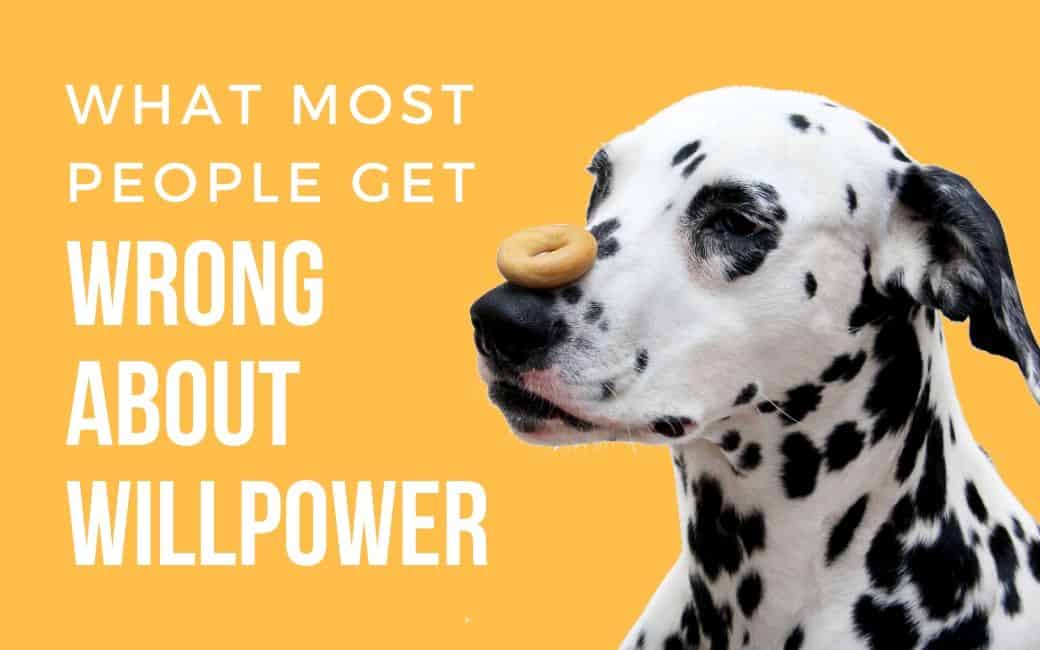 You come home after a long day of work and you immediately curl yourself up on the couch and binge the latest Netflix craze for hours, while you scroll and scroll through your social media feeds and snack on potato chips even though you’re “on a diet.” You look around and see that the garbage needs to be taken out, laundry needs to be folded, and your child’s toys are strewn across the living room floor. The list of productive things you could be doing seem endless, yet you can’t seem to find the willpower to peel yourself off of the couch to do them.

Is this a regular occurrence for you? Do you realize that you are in this rut but can’t seem to find the willpower to overcome it? You’re definitely not alone in this situation. This is called ego-depletion. Ego-depletion is a theory that willpower is connected to a limited reserve of mental energy, and once you run out of that energy, you’re more likely to lose self-control. This theory would seem to explain your post-work defeat.

But new studies suggest that we’ve been thinking about willpower all wrong, and that the theory of ego-depletion isn’t true. Even worse, holding on to the idea that willpower is a limited resource can actually be bad for you, making you more likely to lose control and act against your better judgment.

Ego-depletion is an idea that makes us less likely to accomplish our goals by providing a rationale to quit when we could otherwise persist. Click To Tweet

The Real Nature of Willpower

In a study conducted by Stanford psychologist Carol Dweck and her colleagues, published in the Proceedings of the National Academy of Sciences, Dweck concluded that signs of ego depletion were observed only in those test subjects who believed willpower was a limited resource. They studied how people reacted when they were fatigued and told to drink lemonade with sugar in it to give them a boost. After the participants drank the lemonade, the researchers evaluated how they reacted.

It wasn’t the sugar in the lemonade, but the belief in its impact that gave participants an extra boost. People who did not see willpower as a finite resource did not show signs of ego-depletion. If Dweck’s conclusions are correct, that means that ego-depletion is essentially caused by self-defeating thoughts and not by any biological limitation, an idea that makes us less likely to accomplish our goals by providing a rationale to quit when we could otherwise persist.

Michael Inzlicht, a professor of psychology at the University of Toronto and the principal investigator at the Toronto Laboratory for Social Neuroscience, offers an alternative view to Dweck’s conclusions. Inzlicht believes that willpower is not a finite resource but instead acts like an emotion. Just as we don’t “run out” of joy or anger, willpower ebbs and flows based on what’s happening to us and how we feel.

For example, to determine how in control people feel regarding their cravings for cigarettes, drugs, or alcohol, researchers administered a standard survey called the Craving Belief Questionnaire. The assessment is modified for the participant’s drug of choice and presents statements like, “Once the craving starts … I have no control over my behavior,” and the cravings “are stronger than my willpower.”

How people rate these statements tells researchers a great deal, not only about their current state but also how likely they are to remain addicted. Participants who indicate they feel more powerful as time passes increase their odds of quitting. In contrast, studies of cigarette smokers found that those who believed they were powerless to resist were most likely to fall off the wagon after quitting.

The logic isn’t surprising, but the extent of the effect is remarkable. A study published in the Journal of Studies on Alcohol and Drugs found that individuals who believed they were powerless to fight their cravings were much more likely to drink again. The same theory could be applied to other things as well, such as working out, dieting, self-control in a relationship, etc.

Seeing the link between temperament and willpower through a different lens has profound implications on the way we focus our attention. For one, if mental energy is more like an emotion than fuel in its tank, it can be managed and utilized as such. For example, a toddler might throw a temper tantrum when refused a toy but will, as they age, gain self-control and learned to ride out bad feelings. Similarly, when we need to perform a difficult task, it’s more productive and healthy to believe a lack of motivation is temporary than it is to tell ourselves we’re spent and need a break.

The key here is that if we adjust the perspective and treat willpower as an emotion, it could instead be seen as providing insights about what we should and shouldn’t be spending our time on. By listening to our lack of willpower as we would an emotion — as a helpful decision-making assistant working in concert with our logical capabilities — we can find new paths that may not require us to do things we fundamentally don’t want to do.

What we say to ourselves is vitally important. Labeling yourself as having poor self-control actually leads to less self-control. Rather than telling ourselves we failed because we’re somehow deficient, we should offer self-compassion by speaking to ourselves with kindness when we experience setbacks.

Rather than quit, we need to understand that we don’t run out of willpower. Believing we do makes us less likely to accomplish our goals, by providing a rationale to quit when we could otherwise persist.

This article also appeared on Inc.