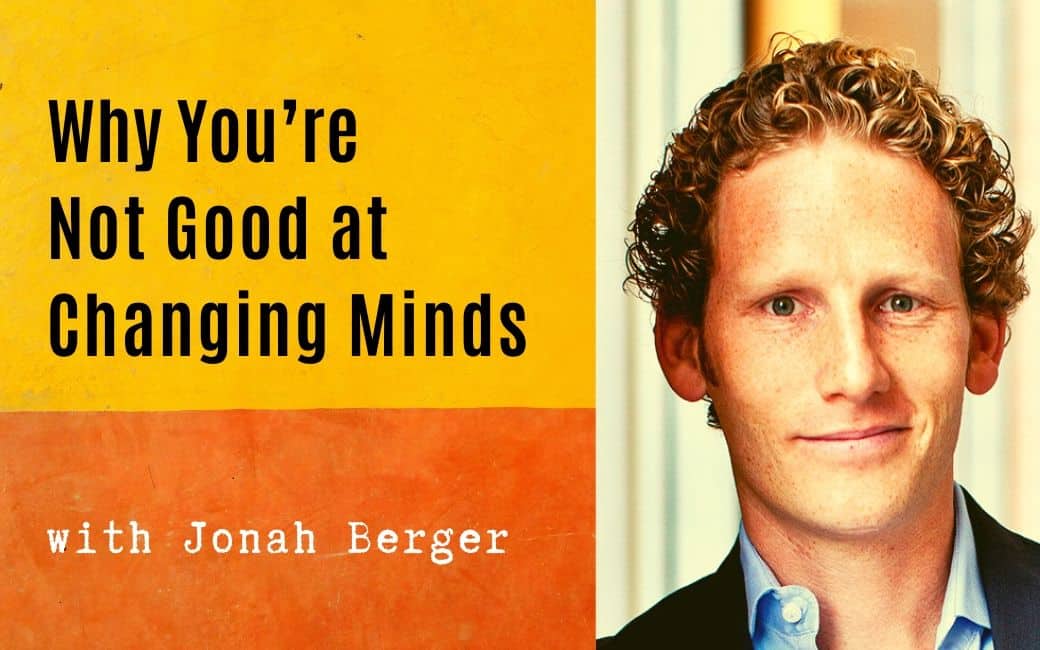 Dr. Jonah Berger is a marketing professor at the Wharton School at the University of Pennsylvania where he studies how products, ideas, and behaviors catch on. He’s written two bestsellers, Contagious and Invisible Influence, and his newest book, The Catalyst, recently hit bookstore shelves. In this interview, Dr. Berger discusses discoveries from his latest book. He’s also generously allowed NirAndFar readers special access to the first chapter of The Catalyst, available here.

(Jonah Berger) Since Contagious came out, I’ve had the opportunity to work with a range of organizations — big companies like Google, Nike, and Apple to small start-ups, B2B and B2C, products and services. But regardless of whether the project involved marketing or some other aspect of the business, I realized they all had something in common: they all had something they wanted to change.

(NE) You’ve done some fascinating research. From what you’ve learned, what surprised you the most?

Again and again, the same theme came up. The most successful change agents don’t push. They don’t add more facts and reasons or provide more information. They take a different approach. They remove barriers. Rather than adding pressure, they reduce friction and lower the hurdles to action.

(NE) What lessons should people take away from your book regarding how they should design their own behavior or the behavior of others?

(JB) There are five key barriers to change. Whether you’re trying to change minds, organizations, or even your own behavior, five common roadblocks that often get in the way: reactance, endowment, distance, uncertainty, and corroborating evidence. Taken together, that forms an acronym, R.E.D.U.C.E., which is exactly what great catalysts do. They REDUCE roadblocks. They change minds and incite action by reducing barriers to change.

Each chapter of the book explains the science behind each of these barriers, why they prevent change, and how to mitigate them. The Reactance chapter, for example, talks about how, when pushed, people push back. Just like a missile defense system protects against incoming projectiles, people have an innate anti-persuasion system — radar that kicks in when they sense someone is trying to convince them. To lower this barrier, catalysts have to encourage people to persuade themselves. The chapter explains how reactance works, how warnings become recommendations, and the power of tactical empathy. I discuss how a public health official got teens to quit smoking and how a hostage negotiator got hardened criminals to come out with their hands up, just by asking.

(NE) Writing a book is hard. What do you do when you find yourself distracted or going off track?

(JB) Close everything else — email, social media, the phone; put it all away. It doesn’t make writing any easier, but at least it makes the outside option less enticing.

(NE) What’s one thing you believe that most people would disagree with?

(JB) That you have to be smart to be successful. Sure, talent helps, but nothing can replace hard work and being curious.

(NE) What’s your most important good habit or routine?

(NE) What’s the most important takeaway you want people to remember after reading your book?

(JB) Whether you’re trying to change one person, transform an organization, or shift the way an entire industry does business, there’s a better way to do it. If you understand the key barriers that are preventing change and how to mitigate them, you can change anything.