How to Achieve Your Goals By Creating an Enemy 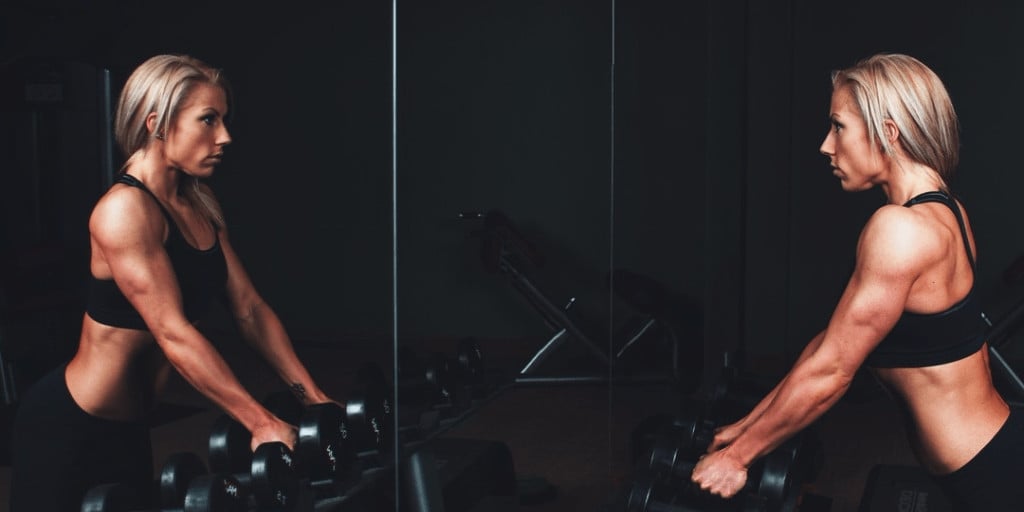 DJ Khaled, the one-man internet meme, is known for warning his tens of millions of social media followers about a group of villains he calls “they.”

The “they” Khaled invokes are clearly a sinister force. But who are they? Khaled offered clues when he told DeGeneres, “They are the people who don’t believe in you.…They is the person that told you you would never have an Ellen show.”

Although Khaled’s claims may seem outlandish, he is in fact leveraging a powerful psychological hack: scapegoating. The practice of imagining a villain that’s conspiring against us, scapegoating can be an effective way to motivate ourselves and change our behaviors. Of course, as history has shown, terrible things can happen when people act on baseless conspiracy theories. But sometimes the antidote is in the venom.

Khaled isn’t the first to use the technique. In The War of Art, Steven Pressfield uses an entity he calls “Resistance” to describe the force conspiring against creative output. “Most of us have two lives,” Pressfield writes. “The life we live, and the unlived life within us. Between the two stands Resistance.” Throughout his book Pressfield reminds readers, “Resistance is always plotting against you.”

The author and game designer Jane McGonigal described a similar conspiracy of bad guys in her book SuperBetter. McGonigal blames villains like “Mrs. Volcano” and “Snuff the Tragic Dragon” when she loses her temper with her kids or feels self-pity.

Khaled, Pressfield, and McGonigal know that “they,” “Resistance,” and the “bad guys” don’t actually exist. For Khaled, that’s the joke that powers the meme. If Khaled were to point a finger at a real group of people intent on sabotaging him, such as an ethnic group or a particular corporate entity, his scapegoating wouldn’t be funny — it would be malicious. In order for productive scapegoating to work, it’s important not to assign blame to something or someone too specific; if we do so, we’ll shirk our responsibilities to change our own actions.

Instead, we need to find the underlying causes of our bad behaviors, which requires asking difficult questions — especially since our intuition is frequently wrong. Maybe we don’t binge on junk food or YouTube videos because of the pleasure in what we’re consuming, but because of deeper problems consuming us. Perhaps the true reason we allow our phones to interrupt dinner is not that we can’t stop using our phones, but that we can’t stop working.

Once we’ve identified our own self-defeating behaviors, the next challenge is to implement a change, which can be difficult if we think what’s happening to us is beyond our control. In these situations it’s easy to feel powerless and to give up. It’s here that scapegoating can be used to our advantage. By directing our anger and anxieties at an invisible they, the forces working against us seem more tangible, so we feel like we have more power to fight them.

Want to gain even more of a mental edge to get ahead of the game? Then download a copy of my simple brain hacks and get more done:

Powerless if You Think You Are

Several recent studies have observed a strong connection between the way we think about our ability to act and our follow-through. For example, to determine how in control people feel regarding their cravings for cigarettes, drugs, or alcohol, researchers administer a standard survey called the Craving Beliefs Questionnaire (CBQ). The assessment is modified for the participant’s drug of choice and presents statements like “Once the craving starts…I have no control over my behavior” and the cravings “are stronger than my willpower.” How people rate these statements tells researchers how powerful or powerless they feel in the face of temptation. Lower scores reveal that subjects believe they are more in control, while higher scores correlate with people who believe the drugs control them.

A study of methamphetamine users that appeared in the Journal of Substance Abuse Treatment in 2010 concluded that people with low CBQ scores were more likely to stay sober and that participants whose scores decreased over time — indicating that they felt more powerful as time passed — had increased odds of abstinence. A study of cigarette smokers published in 2014 found similar results: The smokers most likely to fall off the wagon after quitting were the ones who believed they were powerless to resist.

Though the logic isn’t surprising — if we believe we’re powerless, we don’t even try not to fail — the extent of the effect is remarkable. A 2015 study published in the Journal of Studies on Alcohol and Drugs found that individuals who believed they were powerless to fight their cravings were much more likely to drink again. In fact, beliefs of powerlessness determined whether someone would relapse after treatment as much as the level of physical dependency itself did.

Besides making us feel more powerful, scapegoating can harness our instincts to resist threats to our freedom and autonomy, a phenomenon that psychologists call “reactance.” For example, when your boss micromanages you and tells you what to do in a patronizing way, you may feel crummy and decide to do the opposite, to “stick it to the man.” Scapegoating uses the power of reactance toward productive ends. If we feel that someone or something is conspiring against us, we’re more likely to work harder to prove them wrong.

Eliciting reactance has been used successfully in public health efforts, such as the antismoking Truth campaign, which tried to appeal to rebellious high schoolers (who feel reactance toward just about everyone). Instead of showcasing far-off consequences like emphysema and black lungs, the Truth campaign did away with the gore and instead painted the tobacco industry as a bunch of scheming jerks. In one ad activists attempt to deliver a case marked “lie detector” to the headquarters of a tobacco company and are promptly kicked out. In another spot, cartoon characters interrupt smokers at a party by shouting “It’s a trap!”

We can apply the same methods to use careful scapegoating to increase our own motivation. If we imagine a force working against us, we’re more likely to get fired up, resist our temptations, and work harder to achieve our goals.

Of course, it’s actually just us against ourselves. But for the times when we don’t want to admit that, providing a clear enemy to rebel against — a “they” who doesn’t want you to leave that extra cookie on the plate or get back to writing that blog post — can help us summon the tenacity we need to succeed. Even if, in reality, that “they” resides in each of us. Becoming indistractable requires an understanding of why you lose focus and learning the skills to do as you say. Establishing healthy habits, breaking out of your unproductive routines, and making time for what matters help you stay focused. By learning not to complain, scheduling indulgences, and understanding your internal triggers, you can harness the power to stay focused.

Have you used scapegoating to tackle hard goals? Do you have any techniques for overcoming adversity?