The Sweet Spot: Where Technology Meets the Motivational Brain

Nir’s Note: This guest post is by Dr. Marc Lewis, who studies the psychology and neuroscience of addiction. After years of active research, Marc now talks, writes, and blogs about the science and experience of addiction and how people outgrow it. Visit his website here. 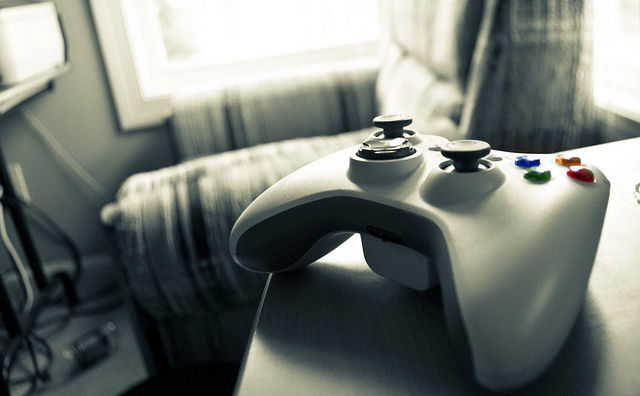 You’ve just obliterated the last seven or eight zombies. It was a narrow escape and you’re flushed with satisfaction. But you didn’t see that horrendous creep, weaping sores and oozing pus, because he was hidden behind the dustbin in the shadow of a bombed out building. You get slimed, you’re dead. Or worse than dead. So you touch the “play again” bar at the bottom of the screen. Now you start further ahead than last time. You know you’re going to meet the slime-master again. Soon. Be prepared.

Or you’ve crossed the desert and scaled the abandoned fortress, nearly to the top, moving along pathways that require hair-trigger adjustments with your joy-stick. But the wind is getting stronger by the second. It keeps pushing you back along the path, dangerously close to the edge. You make a daring dash between gusts. But you miscalculated, and the force of the wind blows you right off the edge. Down you plummet, to a plateau you crossed minutes ago. Now you have to make that climb again. But do it better. Get it right.

The enormous appeal of video games can be captured by a single phrase — a phrase I’ve heard bandied about by game designers, psychologists, and other professionals who need to know how video games work. It’s the sweet spot. The sweet spot is the unique space that games take you to, and keep you in, where you’re winning enough “rewards” (points, pineapples, distance traveled, or zombies killed) to feel good. But also losing enough to keep trying — hard — because you really want to go all the way.

If video games just let you win, win, win, they would get boring pretty quickly, and you’d stop playing. But if you kept losing repeatedly, the disappointment and frustration would get you to quit just as soon. The genius of game designers consists, partly, of recognizing this fundamental duality in human nature and capitalizing on it creatively. The sweet spot — where satisfaction and motivation are perfectly balanced — is what makes video games irresistible.

I study the neuroscience of addiction. I write books about addiction. And in those books I try to wrap the scientific picture inside rich, real-life narratives — the experience of addiction, the thrill, the loss, and the compulsion to do it again. My first book was about my own addiction to drugs, which bit a large chunk out of my twenties. And my nearly-finished next book uses the biographies of other addicts, ex, recovering, or still working on it. In the process of writing it, I’ve talked to a lot of addicts. And I continue to be amazed by the parallels among addictions to very different things: heroin, methamphetamine, coke, alcohol, cigarettes; and the behavioral addictions: gambling, sex, porn, food, and — of course — gaming.

The brain changes that take place with addiction are also remarkably similar, regardless of what you’re addicted to. At a recent conference I gazed at fMRI (brain scan) images that showed excessive activation in exactly the same spot — the nucleus accumbens (or ventral striatum, a structure inside the cortex, behind the eyeballs) — for addicts anticipating their next hit, whether of potato chips, heroin, or roulette. The nucleus accumbens also glows with activation in people with obsessive-compulsive disorder (OCD), and that’s revealing. The compulsive nature of addiction, the feeling that you just can’t stop, makes it look like a spinoff of OCD, a long-recognized psychiatric disorder. So what’s that all about?

Our brains compute three things about reward: how much will we get, how soon will we get it, and how certain are we that we will in fact get it? All that computation goes on in the nucleus accumbens and its neural neighbors. The fuel that activates the nucleus accumbens is dopamine. The bigger and more immediate the expected reward, the more dopamine gets sucked up (from the midbrain) into the nucleus accumbens. And the more charged we feel as a result: wanting, reaching, straining toward that all-consuming goal — whatever it is. But here’s the catch. You might think that the more probable the reward, the more dopamine gets released as well. Wrong! (You just lost a life.) It’s actually when the probability of reward hovers at around 50% that dopamine flow is maximal. When the probability of getting it is as high as the probability of not getting it — the point of maximum uncertainty. That’s what turns us on the most.

In that sense, the sweet spot is the perfect technological reflection of the brain’s fundamental formula for achievement motivation. We try hardest (and are most thrilled and enticed) when the game is hard enough but not too hard.

But why are video games so engaging? Start with the notion that most addictive drugs, and most addictive activities, are products of technology. Heroin comes from opium, but it passes through a lot of chemical manipulations first. Booze comes from distilleries and breweries. Porn comes from cameras. Gambling requires, at the very least, a deck of cards or a pair of dice, and the rows of slot machines in Vegas or Tokyo? — simply technological upgrades. Technology finds ways to make things more efficient or more effective. Technology evolves as an outcropping of human (cultural) evolution, serving its needs and desires with ever more refined versions of what we want.

Video games are really just another step in the evolution of games, and games are enticing because you might win but you might not. Games have been around for millenia. But video games do it so well — so efficiently — because they ride the tide of computer technology. The balance between winning and losing is continuously adjusted, according to how well you’re doing, as measured in hits and misses, gains and losses, moment by moment. If you lose too much the game gets easier. If you win too much it gets harder. Incrementally. That’s how it’s programmed. You hardly notice this insidious trick because you are so drawn in, so absorbed by it. And you are so absorbed because you are in the sweet spot. The sweet spot knows you, it finds you. It adjusts to you.

In fact the sweet spot adjusts to what’s going on in your nucleus accumbens, the flow of dopamine molecules in and out of that intimate structure. As with heroin, meth, whisky, and porn, technology serves the workings of the motivational brain. We desire winning, getting, achieving — but not constantly. Even drug addicts get utterly bored when they have unlimited supplies of whatever it is. The hunt is more thrilling than the act itself. The momentous feeling of moving forward, from the present to the immediate future — the next scene, the next screen, the next belt, hit, shot, snort, or rush — is really what we’re after. And the sweet spot keeps us going for it.

As a last word, I want to emphasize that “attractive” and “addictive” don’t equal “evil”. The surging wave of video game development keeps finding new ways to help people. Rocket Math uses the sweet spot to launch children through math instruction. SIMS games help kids understand the mechanics of evolution. As a psychologist, I’m particularly drawn to the power of video games for improving the lives of people with personal problems. Some games are geared to the learning deficits of people with attention deficit hyperactivity disorder (ADHD). And a new generation of games is aimed at those suffering from depression or anxiety disorders, enticing users through well-paced challenges and then rewarding them with skills that pay off in the real world. Mindlight draws children with anxiety disorders through real fears — the ones they go to bed with at night — and then rewards them with skills for relaxing, refocusing, and persevering — skills that allow them to enter the schoolyard with more confidence the next day.

Mechanisms of motivation churn away at the center of the brain. And, as with other elemental forces, the manipulation of those mechanisms can serve to help rather than hurt people. The sweet spot does not have to be the brain’s velvet prison. It can also be its wellspring of growth.