What You Need to Know When Visualizing Your Goals 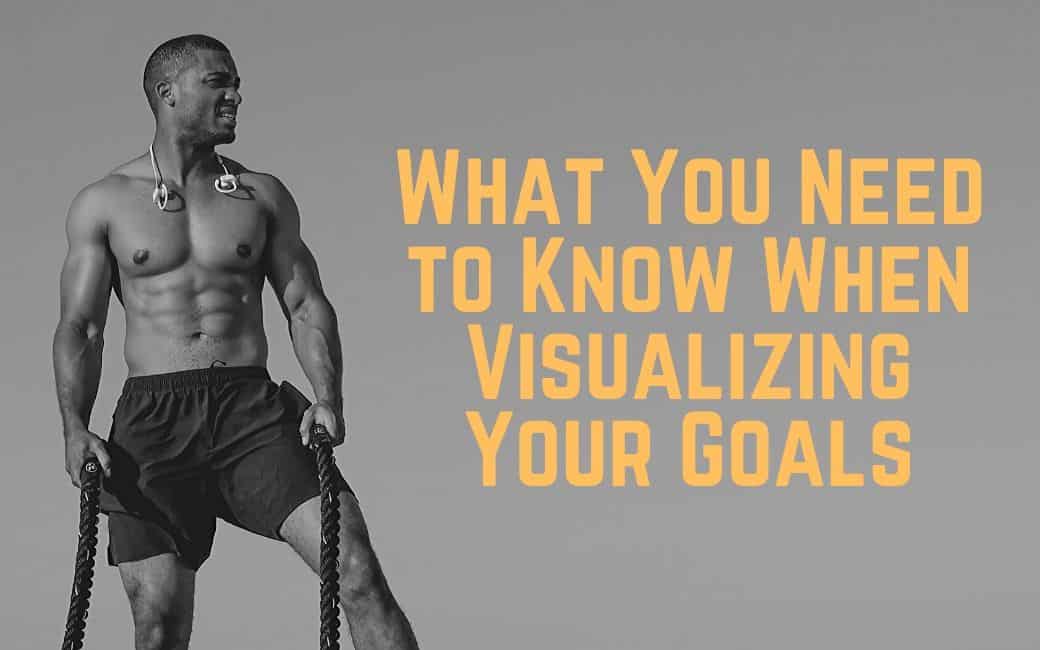 Nir’s Note: This guest post is written by Dr. Todd Snyder. Dr. Snyder is a Psychologist and Productivity Coach at ToddSnyderCoaching.com

The world is full of self-help myths and half-truths. One bit of folk psychology that won’t seem to die is the idea that we can “visualize” our path to success by imagining the life we want. In fact, studies find visualizing our personal goals as if we’ve already achieved them can hurt our chances of ever making them a reality.

The (Dubious) Power of Your Subconscious Mind

In 1963, Joseph Murphy wrote a book titled, The Power of Your Subconscious Mind. I was sixteen years old when I first read it, facing a low point in my life while trying to adjust to a new high school. I liked the message I found in those pages.

Sitting alone in my bedroom, I was comforted by the thought that I could change anything in my life simply by imagining the outcome I desired. In Murphy’s words,

“The feeling of health produces health; the feeling of wealth produces wealth. How do you feel? Imagination is your most powerful faculty. Imagine what is lovely and of good report. You are what you imagine yourself to be. You avoid conflict between your conscious and subconscious in the sleepy state. Imagine the fulfillment of your desire over and over again prior to sleep.”

So that’s what I did. I imagined the fulfillment of my desires over and over again. But there was one nagging doubt in the back of my mind. There was a missing link. I read claims that my thoughts could change reality, but no one explained how that could happen.

How could my imagination change events in the physical world? What could possibly be the mechanism of action? Maybe it was just wishful thinking.

This doubt bothered me, but not enough to dissuade my interest. I continued reading book after book by authors with similar claims. Each of the books was replete with anecdotes of people who claimed visualization as one of the keys to their success.

However, recent research reveals that visualizing your goals as if you have already accomplished them may actually be a bad idea.

According to researchers at New York University, visualizing a goal creates an emotion similar to having already accomplished it. The researchers believe this may de-motivate you to actually do the hard work since it temporarily provides the positive sensation you seek.

Visualizing your goals as if you have already accomplished them may actually be a bad idea. Click To Tweet

Other researchers have found that repeating positive affirmations about oneself does not boost self-esteem, and actually lowers it for people who had below average self-esteem to begin with.2 Wood, J. V., Elaine Perunovic, W. Q., & Lee, J. W. (2009). Positive Self-Statements: Power for Some, Peril for Others. Psychological Science, 20(7), 860–866.

Still, I wanted to believe there was something powerful about visualizing goals. I poured myself into the research hoping to find reasonable evidence, or at least a good hypothesis about how the imagination could create changes in our physical reality.

Visualizing the Process, Not the Outcome

As I began my graduate studies in clinical psychology, I became increasingly interested in motivation and the active ingredients of behavior change. I wanted to know why some people take massive action to create the lives they want while others consistently make choices they later regret.

I stumbled across a body of research you might call “the psychology of action.” I’d like to share a key finding that has emerged within that field of inquiry.

Shelley Taylor and Lien Pham, researchers at the University of California Los Angeles, divided a large group of college students into two experimental groups.3Pham, L. B., & Taylor, S. E. (1999). From Thought to Action: Effects of Process-Versus Outcome-Based Mental Simulations on Performance. Personality and Social Psychology Bulletin, 25(2), … Continue reading One group was asked to visualize themselves walking up to a board where their grades on a final exam would be listed. They were asked to visualize an “A” grade by their name. They repeated this procedure several times in the weeks leading up to the exam.

Can you guess which group performed better on the real life exam?

It was the group that visualized the process of studying rather than visualizing the outcome of the goal. Researchers concluded that the mind becomes primed to follow through on the things we visualize. Like an athlete practicing a jump shot in their mind, we can mentally rehearse our future behaviors. Visualizing an action leads to following through on that action. And it’s our actions that get results.

Your actions, not your daydreams, determine whether you achieve your goals. So here’s the trick when using visualization to influence your future behaviors — visualize choice points.

A choice point is a fork in the road. Choice points are the moments in time when your actions will either lead you toward your goal or away from it. As Nir Eyal describes in his book, Indistractable, “the opposite of distraction is traction.” By visualizing the choice you will have to make between what you want to do, “traction,” and anything that takes you off track, “distraction,” you prime yourself to make the right choice when the time comes.

Let’s look at an example. Trying to lose weight? Don’t visualize yourself waking up to a slim physique and enjoying just how good it feels to show off your body. Instead, visualize the choice point you’ll face at a dinner party tomorrow night when the host offers you a dessert. Mentally rehearse the act of politely declining the dessert by deciding what you will do and say in advance.

Stay on Track With Mental Contrasting

Dr. Gabriele Oettingen, a psychology professor at New York University, calls this “mental contrasting”.4 Oettingen, G. (2012). Future thought and behaviour change. European Review of Social Psychology, 23, 1-63 Decades of research has led her to the conclusion that visualizing the decision making process and its various positive and negative impacts on achievement creates a self-regulating phenomenon, allowing a person to execute the correct choices in real life—leading them to the ultimate goal.

Your focus should be on visualizing the actions you will take to make your desired goal a reality. Don’t visualize the outcome. Instead, visualize the path that will lead you there and the steps you need to take along that path.

A 2019 meta-analysis that examined the results of over a thousand research studies found the effects of mental contrasting on health outcomes can be seen within four weeks. The study suggested the effects get stronger over time.5Cross, A. & Sheffield, D. (2019) Mental contrasting for health behaviour change: a systematic review and meta-analysis of effects and moderator variables, Health Psychology Review, 13:2, 209-225. That’s impressive, given the high failure rate of most behavioral interventions when it comes to creating sustainable change.

Now that I understand the active ingredients that make visualization work, I use it on a daily basis. I visualize the choice points I’m likely to face and how I plan to respond. I proactively define “traction” and “distraction” when I know I’ll be tempted to slip off track. By visualizing the path that will lead to my goals, I’m more likely to live the life I envision.