Spotting the Next Facebook: Why Emotions are Big Business 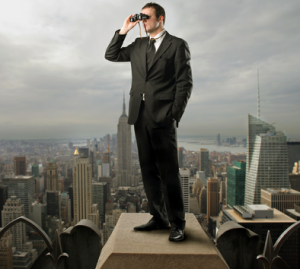 Today Facebook will sell shares in one of the biggest tech IPOs in history. New investors will gobble up the stock to get a piece of the global phenomenon famously started in Mark Zuckerberg’s dorm room in 2004. But while owning the stock will have quantifiable value when it trades on the open market, few buyers will be able to say truthfully that they understood the value of the company just a few years ago.

Ask yourself candidly, what did you think of Facebook the first time you landed on its homepage? Were you blown away? Could you see how it would fill a gaping need in the lives of nearly a billion people? If you’re honest with yourself, and you’re not Peter Thiel, your answer is probably, “No, not really.”

Don’t feel bad. Like many of the astoundingly successful web companies of the last decade, it was hard to appreciate the value of Facebook at first glance. But one person who “got Facebook” early on was Noah Kagan, who in October of 2005 joined the company as one of its first product managers. In 2006, Noah was the source for an analysis of Facebook written by Nisan Gabbay. The essay identified one of the most important reasons for the company’s ascent to Internet glory and offers a prescient description of opportunities still to come:

“The Facebook success story is most interesting to me because of how daily offline social behavior drove usage of the site. There are plenty of activities in our daily life that could benefit from a complementary online product … Facebook demonstrates you have a great Internet service if offline behaviors can drive nearly daily usage online.”

The analysis was spot on. Facebook succeeded because it built new online habits around frequent offline behaviors. Originally, Facebook was designed to replace the physical face books undergraduates received their first week of school. The printed collection of classmates’ names and photographs was an indispensable artifact of college life and was referenced for everything from study group formation to late-night hookups.

TheFacebook.com, as it was originally known, offered users a digital way to feel connected to others throughout the day and from anywhere they could access the web. The power of this universal human need for social acceptance and connection helps explain how the company grew well beyond college campuses and now touches one in eight people on the planet.

THE NEED TO FEEL

Ask a devoted Facebook user why they log-in to the site several times per day and they’ll describe features they love and provide examples of how they use the service. They’ll tell you it’s a great way to share photos or keep up with their friends.

But below the surface is the need for emotional gratification. Though we can all shift our emotional states ourselves, it’s not easy. Instead of going through the hard work of consciously changing the way we feel, we use ready-made solutions to do it for us.

Using products or services for emotional gratification is nothing new; some of the most valued things on earth are those that have the ability to transport us quickly from pain to pleasure. For example, we laud the ability of painters or musicians to “move us” with their art. We shower athletes with millions for their ability to transform the gloomy start of the workweek into the excitement of Monday Night Football. Facebook, and the companies like it, are the new tools we use to quickly elevate our moods. This “emotion arbitrage” is the differential in work between having to create our desired physiological state ourselves versus utilizing a product or service to help do it for us.

Facebook won’t be the last company to help us feel good fast. The next web phenom to fulfill our emotional needs will likely contain the following traits:

The most successful consumer web companies cater to our most basic and powerful emotions. People may feel emotions differently, but we all feel the same spectrum in varying degrees. The most valuable services create internal triggers in the user, activating desire to use the site whenever experiencing a particular sensation. These cues prompt users to come back to the site unaided by external messages. The site becomes the default solution to satiate their emotional needs.

The key is how often we feel the emotional cue. In fact, the market potential for a new company is a function of the frequency of how often the emotion it addresses is felt. As Gabbay correctly noted in his 2006 article, early Facebook users felt the need to connect to the site on a daily basis. Likewise, companies that successfully address frequently experienced emotions stand to reap huge rewards.

When we feel negative emotions we seek out experiences to bring us back to more positive mental states. Products that can alleviate powerful negative feelings – like fear, sadness, rejection, anxiousness, inferiority, and uncertainty – even temporarily, can be a major draw for consumers.

Odds are that if you’ve felt restless during your day, you’ve visited Facebook, Twitter, YouTube, Pinterest or one of the other top 25 websites to lift you out of your funk. However, positive feelings fade over time, and when we find ourselves in a negative emotional state again, the cycle continues. The chemistry of the brain ensures this is so.

With Facebook, it’s often loneliness that cues a visit to the site. Twitter is cued when the user fears being out of the loop about what’s happening. Pinterest users feel the urge to capture and collect visual scraps of the web, worried they’ll lose the image lest they pin it.

You may be thinking that to claim websites are used to satiate unpleasant emotions is a stretch. Clearly, no one logs into Facebook after saying, “I’m seeking to be taken out of a state of loneliness. Let’s check my timeline!” Yet, it’s undeniable that the mind compels us to do everything we do as it endlessly searches for rewards and avoids pain.

So how does a consumer technology company communicate what their product is for, without actually stating what the product is for? Obviously, no one would have signed-up for Twitter with the tagline, “Twitter alleviates your anxiety of social rejection.” Instead, the company made the value of the service concrete with the tagline, “Find out what’s happening, right now, with the people and organizations you care about.”

Yet, in Twitter’s early days even this messaging was still too opaque. So Twitter had to be even more specific about the value of the service. As Josh Elman, an early product manager who led the Growth Team at Twitter, explained to me, “We had to more actively tell the story and came up with use cases around knowing what was happening. One great example is when Conan O’Brien tweeted he was going on tour and sold it out quickly. We told the story as, ‘if you are a fan of Conan O’Brian and were on Twitter the morning of Thursday, March 11, you may have seen the tweet announcing his tour and quickly bought tickets. If you weren’t checking Twitter then, you missed out.’” Same message delivered, but with a specific example to drive the point home.

With the Facebook IPO, Instagram’s recent billion dollar sale, and unprecedented new sources of capital funding seed-stage investments, a new tide of entrepreneurs will answer the enticing call of opportunity and pursue their Silicon Valley dreams. Though almost all will fail, a tiny few will create products, which will touch the lives of not just millions, but billions of people. Those entrepreneurs will have a firm understanding of human behavior and their products will be grounded in fundamental emotional needs.

– “Emotion arbitrage” is the practice of satiating the need for a particular feeling with a product or service.

– Here are three traits likely to be a part of the next tech solution to our emotional needs: