Venture Capital and The Superstitious Investor

Nir’s Note: This guest post comes from my friend Jules Maltz, a General Partner at Institutional Venture Partners (IVP), a late-stage venture capital firm based in Menlo Park. In this article, Jules admits something few people are brave enough to say here in Silicon Valley — that luck plays a huge role in success. 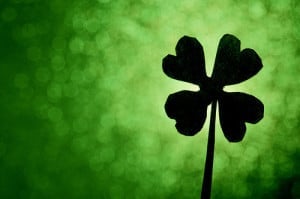 I now understand why baseball players are superstitious. During a hitting streak, “hot” players rarely shower. They wear the same clothes and eat the same food. They follow the same routine to an exactness that would make someone with obsessive compulsive disorder proud. They’re trying to keep the magic alive.

If, as Billy Beane knows, baseball is all about numbers and probabilities, why all the nonsense? There are no “baseball gods” to appease.

As mortal humans, it’s hard to accept this. The chances of getting a hit are different for each player and situation, but always contain an element of randomness. We try to create patterns and order out of the chaos. We try to control the uncontrollable. We wear our smelly clothes to keep the hitting streak going.

Venture Capital is No Different

The longer I work in venture capital, the more I realize that luck or randomness plays a huge part in success. Any VC who tells you she “knew” her investment was going to succeed is fooling herself (and you). Some companies have high chances of success and others have low chances, but nothing is ever guaranteed. Venture capital is a humbling business (oddly filled with individuals who are often far less than humble). The “sure thing” investments rarely pan out. But the companies that start-out as “toys” like Twitter, Facebook, and Square can turn into multi-billion dollar companies. In the end, the gods of randomness smile on some and frown on others. We mortals meanwhile try to figure out the patterns that aren’t there like a hotel full of Las Vegas tourists.

So what is an investor to do? Do we put down our chips on a random number and hope for the best? Hardly!

Venture investing is not roulette. There’s randomness, of course, but the odds are more like baseball, where the batter’s chances depend on his natural ability, work ethic, and decision making. We can improve our odds by practicing and making better choices. In the spirit of getting more hits, here are four things I have learned to improve my odds.

As a young venture investor, I wish success were guaranteed so that I could keep doing venture capital for many years to come. Instead, I know there will always be an element of randomness in venture investing. All I can do is work hard and try to get a little better each day…and of course wear my lucky t-shirt!

Jules Maltz is a General Partner at Institutional Venture Partners (IVP), a late-stage venture capital firm based in Menlo Park.