Avoiding Bystander Effect: Getting People to Help Each Other 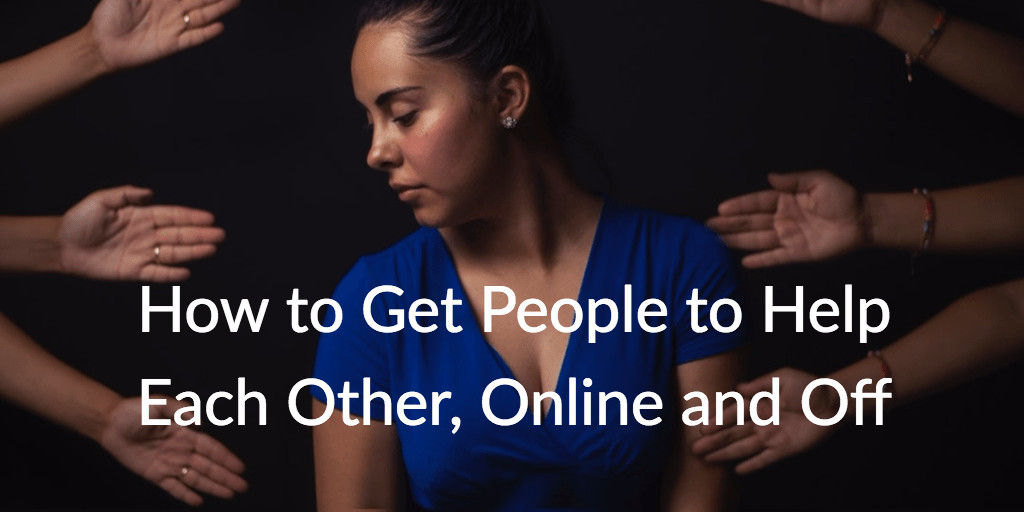 Nir’s Note: This guest post is by Max Ogles, who writes at MaxOgles.com.

On March 27, 1964, Kitty Genovese was brutally attacked and killed in the open streets of New York City. What makes Genovese’s story so tragic is that police later discovered numerous people were aware of Genovese’s distress but never came to her aid. Though the total number of witnesses is disputed, the story stands as an example of the bystander effect, the psychological phenomenon where people are less likely to assist if they know others are around.

Let’s take a closer look at why the bystander effect occurs and the critical research that shows how to reverse it.

In the original bystander effect research, psychologists John Darley and Bibb Latané proved that in the presence of a group, individuals were less likely to help a person than if they were with a smaller group, or alone with the person who needed help.

This is a lonely cry for help in a Slack channel, where many can help but no individual feels that it’s their obligation to respond. We all know better than to send out email requests to a group of people because everyone will read the email but no one will offer to help. The social dynamics are even more complex when you dive into the mind of each individual.

For example, one study found that as members of a group decide whether to respond to a request for help, they first calculate who else is aware of the situation and whether those people have information or abilities that will be more helpful or relevant. For example, when I see a broken-down car on the side of the road, I immediately think, “I shouldn’t stop, since I don’t know how to fix cars,” and I may keep driving, despite the fact that I may actually be able to help by offering a ride, making a phone call, or lending a spare tire.

These types of mental evaluations probably contributed to another fatal illustration of the bystander effect, the drowning death of a man named Raymond Zack in 2011. Firemen, police officers, and dozens of bystanders all looked on while Zack stood in deep ocean water and eventually drowned because none of the authorities made efforts to save him. Firefighters expected the police officers to save him; police officers expected the firefighters to save him. When a pedestrian bystander prepared to save the man herself, she was told not to because “the authorities would take care of the situation.” Instead, these calculations failed disastrously when everybody stood by and nobody saved Raymond Zack.

The Antidote to the Bystander Effect

The antidote to the bystander effect lies in one of the many questions we ask ourselves: Are other people in the group aware of me? Most of the time, we see ourselves as invisible members of the group; we’re part of the collective but not singled out. When we begin to feel that the group is aware of us personally, then we decide to take action.

For example, if I knew that a TV camera would air video footage of me driving past the vehicle in distress, I would be much more likely to stop and help. Psychologists call this  “public self-awareness” and it’s the key to reversing the bystander effect.

A group of Dutch psychologists, led by Marco van Bommel, designed a clever and incredibly simple way to test public self-awareness in a bystander situation online. In the study, research participants browsed an online forum where people could ask for help regarding a variety of different topics. The participants were led to encounter various requests for help: One from an emotional user who had just broken up with her boyfriend, another from a user who was feeling suicidal, and several other distressed scenarios. Of course, these requests were fictional; researchers simply wanted to know whether the study participant would respond to the request for help.

Finally, the researchers added one small feature to make the study participants publicly self-aware: In a public list of people in the community, the participant’s name was highlighted in a red font.

When we sense that other people are watching, we’re more likely to help. The researchers explained it simply: “As we reasoned, when there are many bystanders, the possible benefits of helping for reputational concerns may be much larger than when there are only a few.”

How You Can Reverse the Bystander Effect

Nearly any online community can benefit from the research of Bommel and his associates. The ability to convert hesitant bystanders into eager helpers is a recipe for engagement and mutual benefit. Where could the principle of public self-awareness be applied? Facebook groups, Slack communities, Reddit, Quora, and niche forums all over the internet. Bommel’s research reveals two specific strategies that will help reverse the bystander effect.

The bystander effect occurs when we are aware of the other members of a group, and it reverses when we believe that the group members are aware of us. As in the research, a variety of simple design cues could be incorporated to help users remember that they are visible to the community. For example, the size of profile images, specific on-site alerts, and font styles can all be used to highlight how users see themselves within the community.

Communities can also build features to help direct requests to individuals, rather than groups. For example, in many online communities, new users pose questions as they become acclimated to the platform. Here’s a WordPress user who asked a question to the support community and never received a response:

While it’s likely that many people have seen this question and may even be able to answer it, nobody has taken the time to help. How do you solve this problem?

Another community, Quora, addresses these “lonely” questions by suggesting specific individuals who may have the expertise to answer the question. If WordPress wanted to improve its support forum, it could analyze the question content, then suggest specific users to contact who have previously answered similar questions. 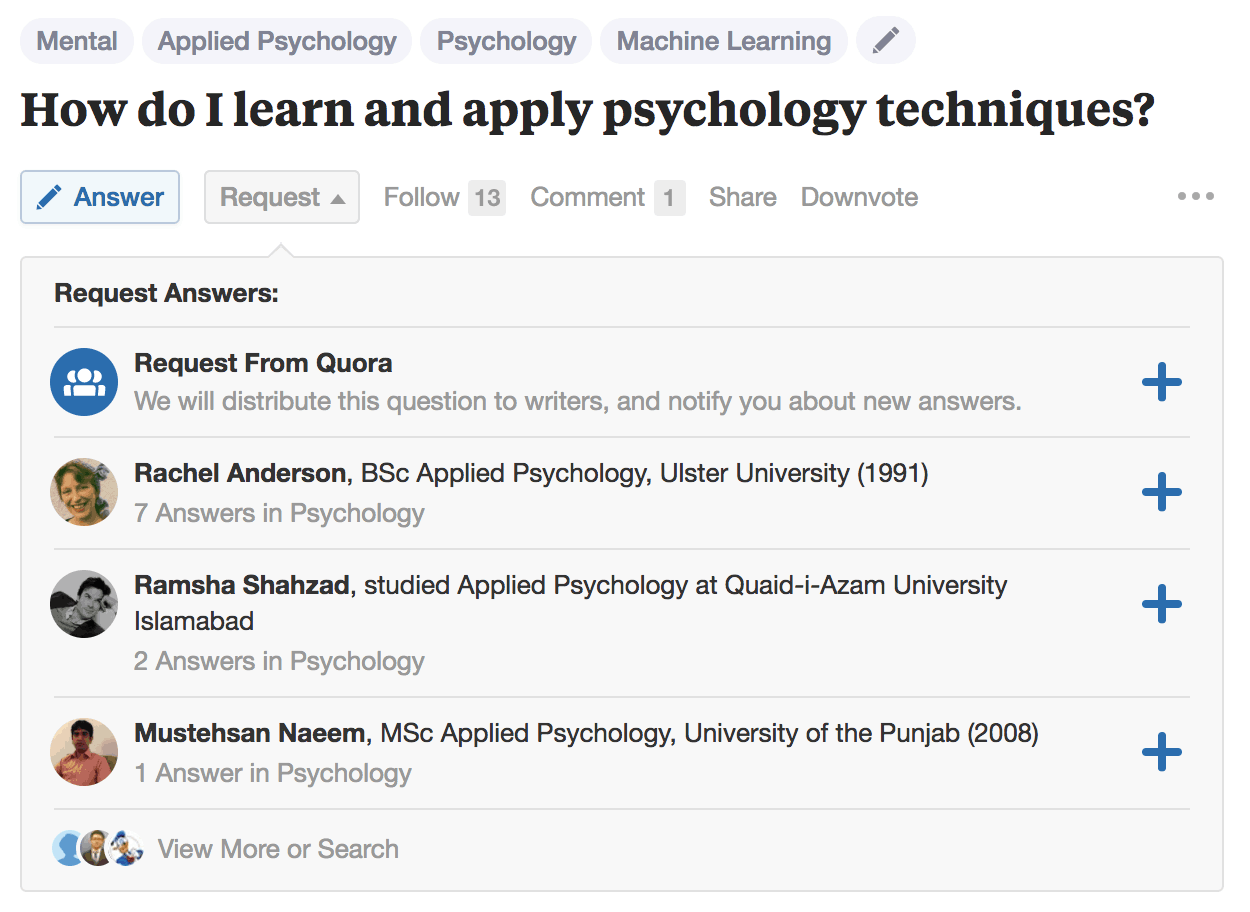 As quoted from the research earlier, “reputational concerns” are a driving factor for bystanders. Perhaps the crowd makes it likely that no one will take action until one person realizes that their good deed will be seen by the crowd. Imagine, for example, in the tragic case of Kitty Genovese, if the 37 bystanders knew that if they reported the incident, they would be revered as heroes on the front page of The New York Times the next day. In an online community, individuals can receive reputational rewards for helping others.

In fact, in the Stack Overflow community, “Reputation” is actually a prominent feature of a user’s profile, and there’s even a Reputation leaderboard for the entire community. You might say that the entire basis for the site is helping individuals in technical “distress,” and the service succeeds when individuals assist those who need help. Many are motivated by the prestige that comes with credibility on the site and “Reputation” points acquired. 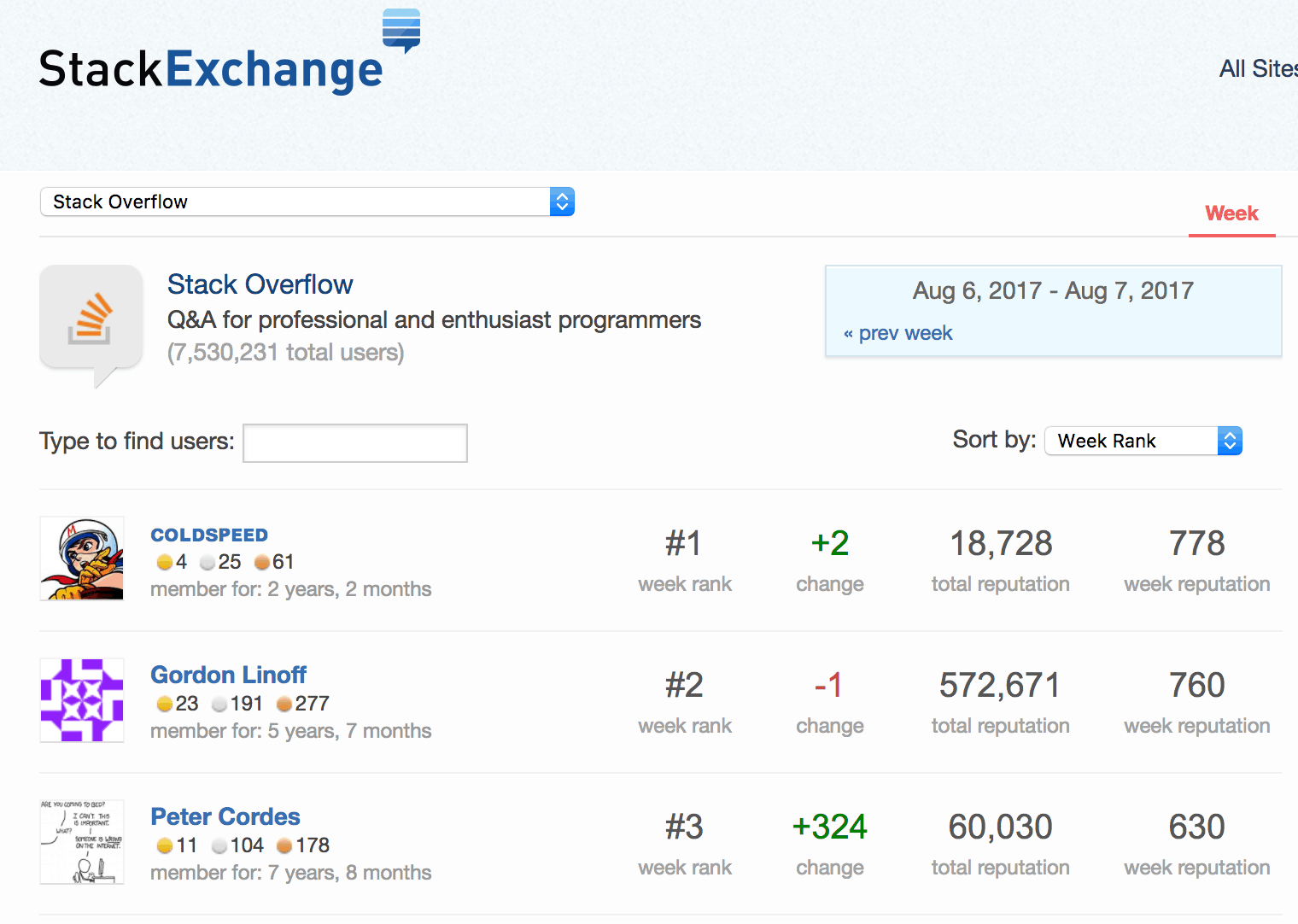 While historical incidents of the bystander effect are dismal, the internet has the opportunity to reverse the psychological phenomenon. By acknowledging the existence of the effect, we can avoid the tragedies of the past and play to public self-awareness to help people help each other. The internet has the power to convene millions of people in an instant; if the right psychological principles are applied, the bystander effect can be reversed to turn complacent bystanders into a thriving community.

Nir’s Note: This guest post is by Max Ogles, who writes at MaxOgles.com.