The Future is Driven by Interface Changes

Nir’s Note: In this guest post Ryan Hoover takes a look at how interface changes drive innovation. Ryan blogs at ryanhoover.me and you can follow him on Twitter at rrhoover. 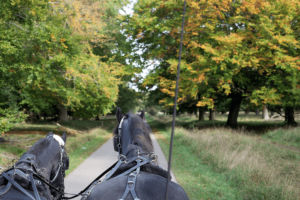 What do motorized vehicles, broadband internet, and smartphones have in common? These technologies all introduced new forms of user interface, transforming its user’s daily lives and behaviors.

I’ve been studying Nir Eyal’s work and recently read his article on the power of interface changes. As stated in his post, interface changes have the potential to radically change user behavior, disrupt incumbents, and enable new opportunities only imagined in film and sci-fi novels.

If you’re building a new startup or operating an existing business, look out for interface changes. Interface changes have the power to catapult your startup to success or kill it on arrival.

So if interface changes are such a big deal, what opportunities or threats can we anticipate? Here are a few examples:

Quantified Self – Nike Fuelband, Fitbit, Jawbone Up, and other biometric monitoring devices have seen traction with early adopters. I anticipate greater adoption as new use cases arise as this technology increases in fidelity and connectedness.

Connected Vehicles – Ford, a company founded more than a century ago, is innovating with its Sync technology. Their internet connected platform brings apps to the driving experience. Skitcher and Pandora have already integrated to take advantage of this new interface.

Ambient Apps – Highlight, Circle, and Google Now monitor user behavior and context, surfacing relevant information at just the right time. To a large extent, the interface becomes invisible as these services push to the user rather than pull information from the user as with traditional interfaces.

Not all these interfaces will succeed and even those that do will often be dismissed as a toy in the beginning.

What new interfaces do you see shaping the future?

NOTE: This guest post was written by Ryan Hoover