How to Design Behavior (The Behavior Change Matrix) 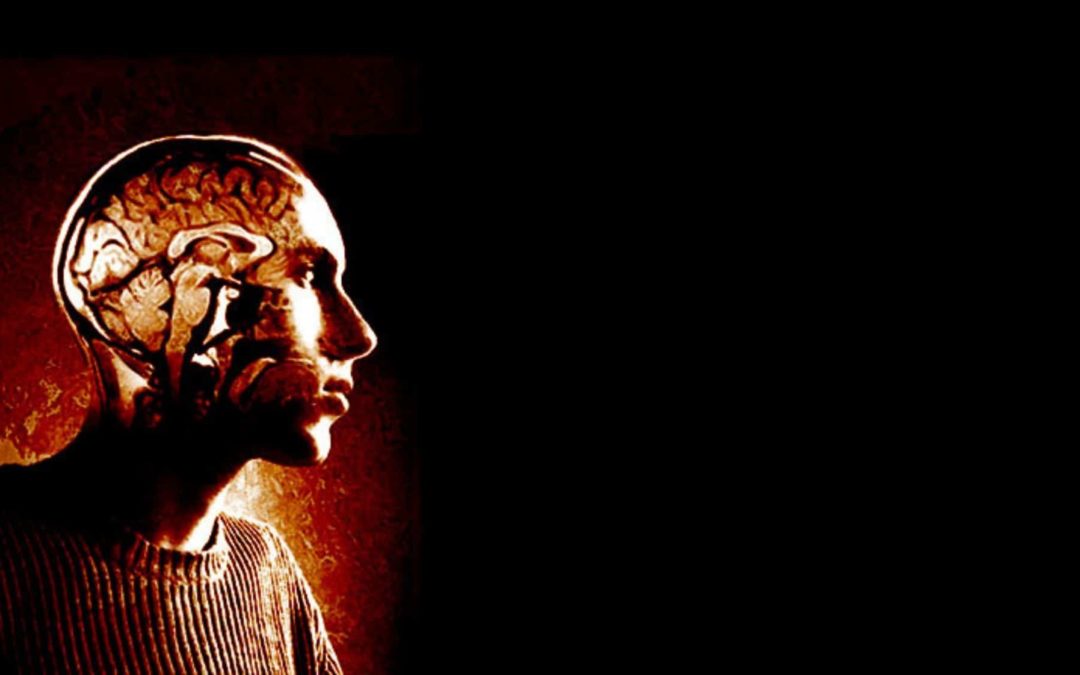 Everyone suddenly seems interested in messing with your head. Gamification, Quantified Self, Persuasive Technology, Neuromarketing and a host of other techniques offer ways to influence behavior. At the heart of these techniques is a desire to change peoples’ habits so that behavior change becomes permanent.

Here’s the problem: Until now, the explosion of methods for changing behavior has been a hodgepodge of author-centric noise. Reading all of the books, blogs, and blowhards can leave one confused by their seemingly conflicting advice. Pundits push their methods as cure-alls. For example, some argue that earning badges and leveling-up can inspire the clinically obese to become slim again. They can’t. Others claim that being good at anything requires strict goal setting and performance objectives. It doesn’t. The goal of this article is to help you identify which of the different techniques would be most effective for each type of behavior change.

The Right Tools for the Job

To make sense of all of these methods and increase their usefulness in real-world applications, I’ve constructed a simple matrix that separates them by their appropriate behavior type. The matrix groups various automatic behaviors, or habits, into four distinct modes. Each is categorized by how much self-control it requires and whether the automatic response is a doing or stop-doing behavior. 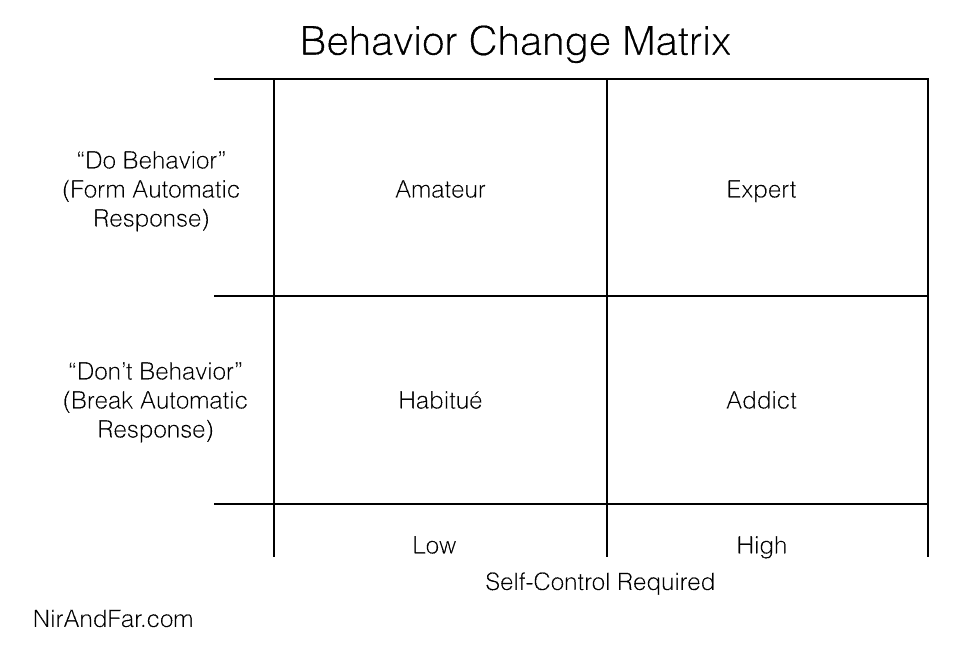 In this matrix, the behaviors on the top row have beneficial effects and people generally want to increase them. Meanwhile, addictions tend to control people’s lives and they generally want to rid themselves of these automatic behaviors. Habitué behaviors can go both ways and depending on the specific behavior, can either be detrimental or beneficial.

Which Behavior Are You Changing?

How can you use the Behavior Change Matrix? Let’s say you want to change a specific behavior either in yourself or in someone else, such as a customer or user. The first step is to understand what kind of behavior you’re dealing with. Once you know the behavior type, you can reference techniques for creating the behavior you’re designing. The goal is to prevent using the wrong methods, which can lead to frustration and failure. Below, is a detailed look at each of the behavior types and links to resources for either developing or breaking habits:

An amateur is a person who has an automatic, internal trigger to do a pleasurable behavior requiring relatively little willpower. Amateur habits include many of the behaviors most people do regularly as part of their daily routines. Brushing your teeth, going on a morning walk, or taking your vitamins are just some of the habits that can fill a morning. These behaviors require little willpower or self-control to create daily rituals.

Creation of new amateur behaviors follows a familiar pattern. First, an external trigger reminds the person of the desired behavior. The external trigger may include an alarm, reminder, or can even be an object, like strategically placed dental floss.  Then, if the person has sufficient motivation and the ability to carry out the behavior, he does so. The behavior is repeated multiple times until the external trigger is no longer needed and a new habit is formed.

We should also consider that the amateur behavior mode is most often the starting point for all new habit creation. Amateur behaviors can evolve into expert, habitué, or addictive behaviors. For example, someone unfamiliar with computers starts with an amateur behavior pattern and then, with sufficient training, may become an expert, exhibiting automatic behaviors associated with a high degree of proficiency. Unfortunately, the former amateur may also develop harmful compulsions associated with the computer and develop habitué or full-blown addictive behaviors such as a gaming or Internet addiction.

An expert is a person who develops an automatic response—sometimes referred to as muscle memory or pattern recognition—that requires a high degree of self-control. Tennis professionals, chess champs, topnotch computer engineers, and highly-trained surgeons exhibit these kinds of automatic behaviors. Becoming an expert requires diligent practice over long periods of time, constantly pushing the body and mind to react instantly in precisely the same way each time. Strict goals and objectives lead to the acquisition of the skill needed to perform at an expert level.Transitioning from the amateur behavior mode to the expert mode generally requires outside motivators such as schools, deadlines, competitions, coaches, or bosses. Because pushing ourselves to develop automatic behaviors requires a high-degree of self-control, it is hard work, making outside help necessary.

An addict will go to great lengths to satiate a nearly uncontrollable desire. Addicts often display self-destructive behaviors in pursuit of their urges. Addiction is characterized by a neurological response, which requires a tremendous amount of willpower to decouple from the stimulus. Studies have shown that addiction induces a severe stress response when the brain perceives the presence of the object of desire. Partaking in the unhealthy behavior becomes a compulsion to temporarily free oneself from the painful stress associated with craving.

The tragedy and lesson for behavioral design practitioners regarding addiction is that the neural system is designed to make us pursue what we think will make us happy, without ever actually allowing us to experience satisfaction. Instead, the brain drives addicts to seek relentlessly for the promise of reward, often leaving a wake of tragic consequences behind.

Like the addict, the habitué is a person with an automatic response intended to alleviate pain. In both cases, the addict and the habitué wish to relieve the painful stress of desire.

However, unlike the addict, the habitué requires relatively little willpower to resist the automatic behavior. For example, most of us can resist a craving for chocolate cake, though it may be difficult. However, for a heroin addict, resisting the craving for a hit can be nearly impossible.

When breaking habitué behaviors, we need techniques that will improve the strength of our willpower to find peace, despite the discomfort that comes from not fulfilling a desire. Behavioral designers should apply methods proven to improve pain tolerance.

For too long, those seeking to change behavior in themselves or in others have been frustrated by the ineffective application of techniques found in the latest bestseller. By having a classification system for the various kinds of automatic behaviors, we recognize that there are four distinct modes. Using the Behavior Change Matrix, those seeking to modify behavior can ensure they are using the technique most likely to succeed for their specific context.