Is “Lean Startup” Right for Your Idea?

Nir’s Note: Lyle McKeany is an entrepreneur writing and working on an early-stage startup. In this essay, he shares his experience using lean startup methodologies with my Hooked Model at the Lean Startup Machine conference. This article also appears today on Pando Daily. Follow Lyle on Twitter @lylemckeany. 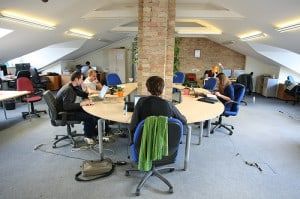 The conventional view of lean startup ideation methodology is to identify a problem, test your riskiest assumption with a certain success criterion, talk to potential customers before coming up with a solution. Then pivot or persevere until you validate a solution. But it turns out that this conventional view isn’t always the appropriate approach. Here’s how my experience at a Lean Startup Machine(LSM) event in San Francisco earlier this month proves it.

The Lean startup movement is not hurting for attention these days. There are plenty of advocates who write and speak about it almost daily, some of them even make their living doing so. According to Wikipedia,

As of 2012, there are lean startup meetups in over 100 cities and 17 countries as well as an online discussion forum with over 5500 members.

And I’m sure those numbers have grown considerably throughout 2013 since the popularity of Lean Startup certainly hasn’t wained.

LSM is a roller coaster of an event. I’ve attended two of them, one in March in Mountain View and one in December in San Francisco. They are three days of long hours, getting out of the building to talk with strangers, and deep thinking about the problem you’re trying to solve.

The event starts with an introductory speech and then attendees can pitch their ideas to the crowd in order to attempt to assemble a team to work on it for the weekend. I pitched my mobile app idea for bands and fans at both LSM events, although the idea was admittedly not very fully formed in my mind at the event in March. The fact that people start by pitching an initial idea is odd considering the emphasis LSM has on not getting hung up on an idea/solution and instead focusing on a problem you think needs solving. More on this in a bit below.

The introductory speaker at the event in December was Trevor Owens. He’s the original founder of LSM, which he started after he saw the value of using lean principles to create a Vespa rental business. In his talk, he spoke about pivoting, the oft-mentioned buzzword these days. He explained,

All of the examples he provided have one thing in common: not one of them started by using the Lean Startup ideation principles Trevor teaches at LSM. All of them built a potential “solution” right off the bat and some of them raised lots of VC money before they ever made the decision to pivot. Moreover, they all followed the traditional Lean Startup mantra of build-measure-learn, that is build first then measure and learn.

Most technology companies start with an initial idea in mind. That idea often times solves a problem the founders have themselves, a problem they’re passionate about, or a problem they have expertise in. I’m sure every single founder from the examples given by Trevor were passionate about their idea before they even started building it. From that initial idea, they then built what they believed to be a viable solution and thus began the build-measure-learn feedback loop that eventually informed their decision to pivot.

LSM teaches upside validation techniques, meaning they teach entrepreneurs to continually test if it makes sense to continue on their current path or pivot. As Andreas Klinger explained in his thought-provoking blog post Why Lean Startup sucks for startups,

After two LSM attempts, I’ve come to the conclusion that my idea is incredibly hard to properly test during the course of a weekend. Since the market is double-sided (bands and their fans) and the product involves network effects, it is difficult to test given the time constraints of LSM and without at least a prototype of the product. On both occasions I compromised on the original idea and went down paths that were less interesting to me, but at least made it possible to go through the exercise.

By Sunday, the final day of LSM, I was starting to feel pretty down about my idea. Maybe it’s not worth pursuing. Maybe I’m crazy to keep working on it. Maybe I should just try something else.

So you’re saying there’s a chance

That’s when Nir Eyal gave a presentation called Hooked and restored my faith in the potential of my idea. I’ve been a reader of Nir’s blog, Nir and Far, for awhile now and have always enjoyed his insights, so I was looking forward to his talk.

He first clarified the difference between a product that is considered a vitamin (nice to have) or a painkiller (addresses a burning need) by asking the audience if they thought Facebook was a vitamin or painkiller. Nearly the whole crowd, myself included, raised their hand when he said vitamin. However, he argued that Facebook is a painkiller that addresses the burning need to not feel alone.

He then went on to outline a framework he calls the “Hooked Model” for creating habit-forming technology products. It has helped me think through the experience as a potential user of the app I seek to build.

The phases of the Hooked Model are easily remembered with a clever acronym, ATARI:

Triggers can be both external (FB, Twitter, WOM) and internal (bored, lonely, unsure). Actions are the actions a user takes to interact with the product (scrolling on Pinterest, searching on Google, playing a video on YouTube). Rewards scratch the itches initiated by the triggers and come in three forms: tribe (search for social rewards), hunt (search for resources), and self (search for self-achievement). And finally, investments load the next trigger of the hook and improve the product with use (followers and following on Twitter, reputation on Airbnb, data in Mint). Products that drive users through all four phases, and with high frequency, stand a better chance of becoming a habit and successful business.

In the end, I don’t feel either LSM event validated or invalidated my idea. However, I learned a ton and had a great time putting myself out there and meeting new people. On a side note, I was shocked that throughout both events only one stranger in San Francisco didn’t stop to answer my questions; I learned people are more than willing to take a few moments out of their day to talk.

Even though it didn’t work exactly like I hoped it would, I still recommend attending LSM since it forces you to think hard about the problem you’re trying to solve. There’s no doubt that Lean Startup principles are valuable and have become popular for good reason. My fear is that when used during ideation the techniques taught at LSM and echoed by Lean Startup advocates are steering some entrepreneurs away from ideas that might have the potential to lead them on a path to building the next great company of our time.

Note: This guest post was written by Lyle McKeany